What are Yin and Yang?

If you let most any acupuncturist speak for long the words “yin” and “yang” are likely to come out of his or her mouth. What do these words really mean?

First, I hear lots of people pronounce “yang” as if it rhymed with “rang”. Instead pronounce “yang” like it rhymes with “gong”. (i.e. with an “ah” sound) With that out of the way, on to the origin of the words.

The terms come from Taoist philosophy. The ancient taoists were extremely adept at observing and describing the universe and its dynamics. The terms came from the observation of the differing characteristics of the shady (yin) and sunny (yang) sides of a hill. Taoists realized that this dichotomy and duality exists in everything in nature. Furthermore they realized that without yin yang would have no meaning, relevance, or existence and vice versa.

Chinese words tend to be dense with meaning. These two words are no exception. Yin and yang are especially tricky as they somewhat defy classification as a part of speech. I would call them “noun-adjectives”, as they are slightly more noun than adjective. In use I might say “the yin of the body” or “kidney yang”.

Since yin and yang can be used to describe everything in the universe it is difficult to apply a definition to them. Instead the words are best understood through example. In my next blog post I will provide some examples of yin and yang to help create understanding of the concepts. 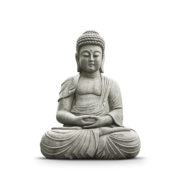 History of Acupuncture and Chinese Medicine 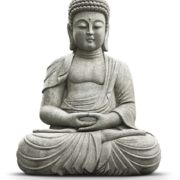 Acupuncture for a Clear Mind - The Spleen and Yi

Examples of Yin and Yang

Want to join the discussion?
Feel free to contribute!

Examples of Yin and Yang
Scroll to top