Competition between families, tribes, and nations have always been driving factors behind the creation military secrecy throughout history. In the ages of hand-to-hand combat this drove the creation of secret martial arts techniques as well as secret healing and recovery techniques.

We’re no longer in an age where injury recovery time is a matter of national security and secrecy. It’s time to shine a light on the wisdom and knowledge generated by hundreds of years of evolution of this specialized branch of Chinese medicine.

In this video I share with you my favorite book on treating sports injuries, A Tooth from the Tiger’s Mouth by Tom Bisio. This fantastic reference helps you understand:

You just need this book, okay?

Competition between families, tribes, and nations have always been driving factors behind the creation military secrecy throughout history. In the ages of hand-to-hand combat this drove the creation of secret martial arts techniques as well as secret healing and recovery techniques.

We’re no longer in an age where injury recovery time is a matter of national security and secrecy. It’s time to shine a light on the wisdom and knowledge generated by hundreds of years of evolution of this specialized branch of Chinese medicine.

In this video I share with you my favorite book on treating sports injuries, A Tooth from the Tiger’s Mouth by Tom Bisio. This fantastic reference helps you understand:

You need this book, okay? 😃

Do you or someone you care about suffer from migraine headaches?

What if you could reduce or eliminate your need for expensive prescription drugs for treating migraines, and all of the side-effects that come with them?

Conquer Migraines is a FREE hands-on community workshop where you will discover how to regain control of your own health.

RSVP to reserve your spot!

So many people suffer from insomnia, or poor sleep quality in America that I’ve written on the topic of sleep several times in the past. We live in a constantly connected, always-on, artificially illuminated world. Our night-time artificial lighting is easily visible from space! That’s a lot of light.

The problem is that artificial illumination is a very recent invention. Our bodies are simply not designed for it. What we are designed for is synchronization with the natural diurnal cycles of light in the day, darkness (or low, red colored lighting- like a campfire) at night. I’ve blogged about how this can be a problem with getting your body synchronized on a regular sleep schedule.

Today I want to share with you some free software that can, to some degree, help with this situation. It’s called “f.lux”. It helps adjust the color of your computer display from cooler colors in the daytime to warmer colors at night. This is helps prevent your body from getting off of a natural sleep cycle. There is more info about f.lux and sleep research at their website.

Here’s the link to download f.lux for your computer.

If you suffer from sleep issues definitely check out my tips for better sleep for some powerful techniques you can use sleep easier and better. A piece of fresh ginger root

Ginger for motion sickness? Yes. Motion sickness can quickly put a damper on any travel. Nothing crushes the fun quite like turning green and vomiting, or feeling like you might vomit at any moment!

I’ve blogged about a great way to prevent motion sickness in the past. My patients have reported great results with that technique. However, today I have a new way to deal with and prevent seasickness to share with you. This one has even been studied and found effective against nausea from motion sickness and several other causes in clinical studies.

The studies tested ginger (which in Chinese medicine is known as Gan Jiang) usually in the form ginger powder. They used ginger alone and found it more effective than placebo. Herbs are usually combined into formulas in Chinese herbal medicine, but we’ll excuse the researchers for trying to simplify the study. A little ginger tea (put the ginger in some warm water) might go a long way to deal with queasiness.

Ginger is a common ingredient in Asian and Indian cuisine. However, ginger has been used for its medicinal properties for centuries among many cultures. The root or underground stem (rhizome) of the ginger plant can be consumed fresh, powdered, dried as a spice, in oil form or as juice. Ginger is part of the Zingiberaceae family, alongside cardamom and turmeric, and is commonly produced in India, Jamaica, Fiji, Indonesia and Australia.

Using fresh ginger is an easy way to flavor foods and drinks without adding unnecessary sodium. Since it is often consumed in such small amounts, ginger does not add significant quantities of calories, carbohydrate, protein or fiber.

The great thing about this finding is that you can safely combine ginger with other ways for reducing nausea from motion sickness, such as acupressure, acupuncture, ear seeds, and pharmaceuticals.

Couples are increasingly turning to acupuncture to help them grow their families. When considered alongside the unattractive options available from western medicine it is easy to see why. Western medical treatments for fertility can be incredibly expensive, and are often invasive and taxing on the body. People looking for more natural, gentle, and cost-effective approaches find acupuncture for fertility especially attractive.

Acupuncture deserves a special place in fertility support because it can be safely and effectively combined with other therapeutic approaches. Since acupuncture involves no drugs or harsh herbal formulas it can be used alongside virtually any other medical fertility enhancement technique. These techniques include hormone therapy, in vitro fertilization (IVF), and artificial insemination (IUI).

These imbalances can manifest in the body in subtle ways, such as low or border-line hormone levels or hormonal imbalances. They may also show up in more overt ways. In women this may look like menstrual irregularity, cramping, polycystic ovaries (PCOS), uterine fibroids, or even ectopic pregnancy. In men these imbalances may manifest as enlarged prostate, low sperm count, poor sperm motility, or other issues with sperm viability.

We love helping couples grow their families. It’s an especially rewarding part of what we do. Please take the next step by contacting us for more information. You can schedule your appointment or consultation using our online schedule or by calling 919-228-8448.
Schedule an Appointment Online 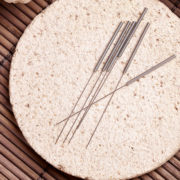 History of Acupuncture and Chinese Medicine

There’s a new blog post on Dr. Andrew Weil’s website with a slideshow of photos from the many exhibits at the Shanghai museum of Traditional Chinese Medicine. The exhibits document the truly ancient and evolving nature of Chinese Medicine.

An excerpt is here…..

“In September of 2010, I went to China to meet with leaders of the integrative medicine movement there. I lectured to doctors and medical students, and toured the Museum of Traditional Chinese Medicine at the Shanghai College of Traditional Chinese Medicine. It contains an astonishing 14,000 exhibits, including medical devices dating back to the Neolithic Age. Fascinating to see this long, unbroken history of a culture’s medical knowledge and practices.”

The photos show the classic (and mostly obsolete) “nine needles” as well as truly brutal looking neolithic stone and bone acupuncture needles that no one would even consider using these days. We should be truly grateful that we live in modern times.

The primitive society of China is divided into two time periods – The Old Stone Age (10,000 years ago and beyond) and the New Stone Age (10,000 – 4000 years ago). During the Old Stone Age knives were made of stone and were used for certain medical procedures. During the New Stone Age, stones were crafted into fine needles and served as instruments of healing. Many stone needles and needles made from bamboo and bone have been excavated from ruins in China. The most significant milestone in the history of acupuncture occurred during the period of Huang Di, the Yellow Emperor (approximately 2697-2597?). In a famous dialogue between Huang Di and his physician Qi Bo, they discuss the whole spectrum of Chinese Medical Arts.

The intervening thousands of years have allowed acupuncture (and tool manufacturing) to evolve to the sophisticated and virtually pain-free system we have available to us today.

Thanks to Dr. Weil for sharing his great photos! How acupuncture creates balance is important to understand. When speaking about how acupuncture works to create health I often speak in terms of “creating balance”. Sometimes I use the scientific term “homeostasis”. Certainly the idea of being balanced sounds desirable to most people- no one wants to be running around out of balance, after all. But behind these fancy terms lives specific concepts that are the very heart of authentic Classical Acupuncture.

One fundamental kind of balance most people quickly grasp is the balance between yin and yang. In previous blog posts I have described what yin and yang are and even illustrated with some examples.

The balance I want to speak of today is one that is described in Chinese as “wu xing”. The term “wu xing” is sometimes translated as “Five Elements”, but frankly that’s not a particularly accurate translation. Instead I prefer the term “Five Phases”.

The five phases are given the poetic labels wood, fire, earth, metal, and water. These labels are metaphors which describe the characteristics of each phase. The labels also hint at how the different phases interact with each other.

In the body, each of these five phases correspond to certain organs, tissues, senses, emotions, acupuncture channels, states of mind, and functions. All physical, mental, and emotional symptoms you have ever experienced are an expression of some particular imbalance in the five phases.

To a practitioner trained in Classical Acupuncture (Classical Chinese Medicine), the entire symptom picture a patient is clinically significant. It describes how the five phases are, or are not, balanced in that person. Acupuncture is then used to correct these imbalances. With the imbalances removed, symptoms fade and health can return.

Would you like to know more about your particular imbalances in the five phases? Ask about it at your next appointment. To schedule an appointment call 919-228-8448, or use our online scheduling system. 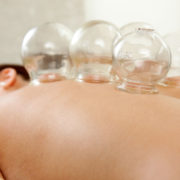 We breathe in and we breath out. Breathing is one of the most fundamental of all bodily functions. The metabolic reaction that ultimately turns our food into energy is completely dependent on the breath. No breath, no life.

Yet when we are healthy we tend to give breathing very little thought. Our bodies just breathe on their own. But when your body is struggling to breathe it is hard to notice anything else!

Asthma is more of a symptom than a disease, as it can be caused by very different factors. It is experienced when inflammation and constriction of the airways of the lungs make breathing difficult.

In Chinese medicine the lungs are known as the master of energy. Oxygen is crucial for chemical reaction that drives the metabolism. Without the breath, life is no longer possible. When the breath is restricted, simply living becomes difficult.

Acupuncture can benefit people suffering with the symptoms of asthma in two distinct ways.

The first way is to support the health of the lungs through balancing the constitution. The systems that support healthy lungs must be functioning properly for healthy lungs to be possible. When certain imbalances occur asthma can result.

The second way is to help address the immediate symptoms of an asthma attack. In this case the treatment involves stimulating points which can help open the airways and allow the breath to come easily in and out of the body. In addition points may be use to help with any mucus build up in the body.